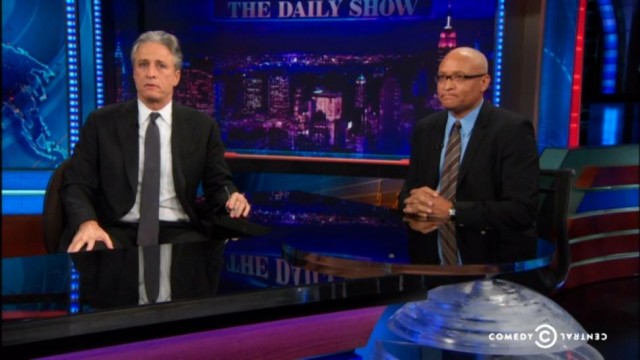 I may have been a little hard on Larry Wilmore in my last post, but I think it’s understandable. I know he’s a comedian, but when you run a show called The Nightly Show and you follow The Daily Show with Jon Stewart, we’re all going to have some expectations. For example, last night Larry followed Jon Stewart doing a serious and somewhat outgoing interview with Judith Miller about how she and the media contributed to the start of the Iraq war.

I never expected Larry Wilmore to replace Stephen Colbert. Really it was pretty gutsy of him to even take the time slot, but at the same time Jon Stewart and The Cobert Report united all of us while pointing out the insanity of government, big business, and crazy people in general. I think Larry is focusing to much on race to do the same thing. I know there are some real racial issues in this country that need to be dealt with, but you shouldn’t be relating everything to race. We shouldn’t be looking at this as a problem between white and black people, but as a problem with the people who make the laws and enforce them. I think most of us look forward to the day that race isn’t an issue.

On the plus side I’m watching more Conan, although I’m missing @Midnight more often, so there is some good and bad about my new TV schedule. I am afraid that when Jon Stewart leaves I may not have a reason to watch late night TV. I wouldn’t mind watching less TV, but news is going to be a lot more depressing than it has been without late night on Comedy Central.